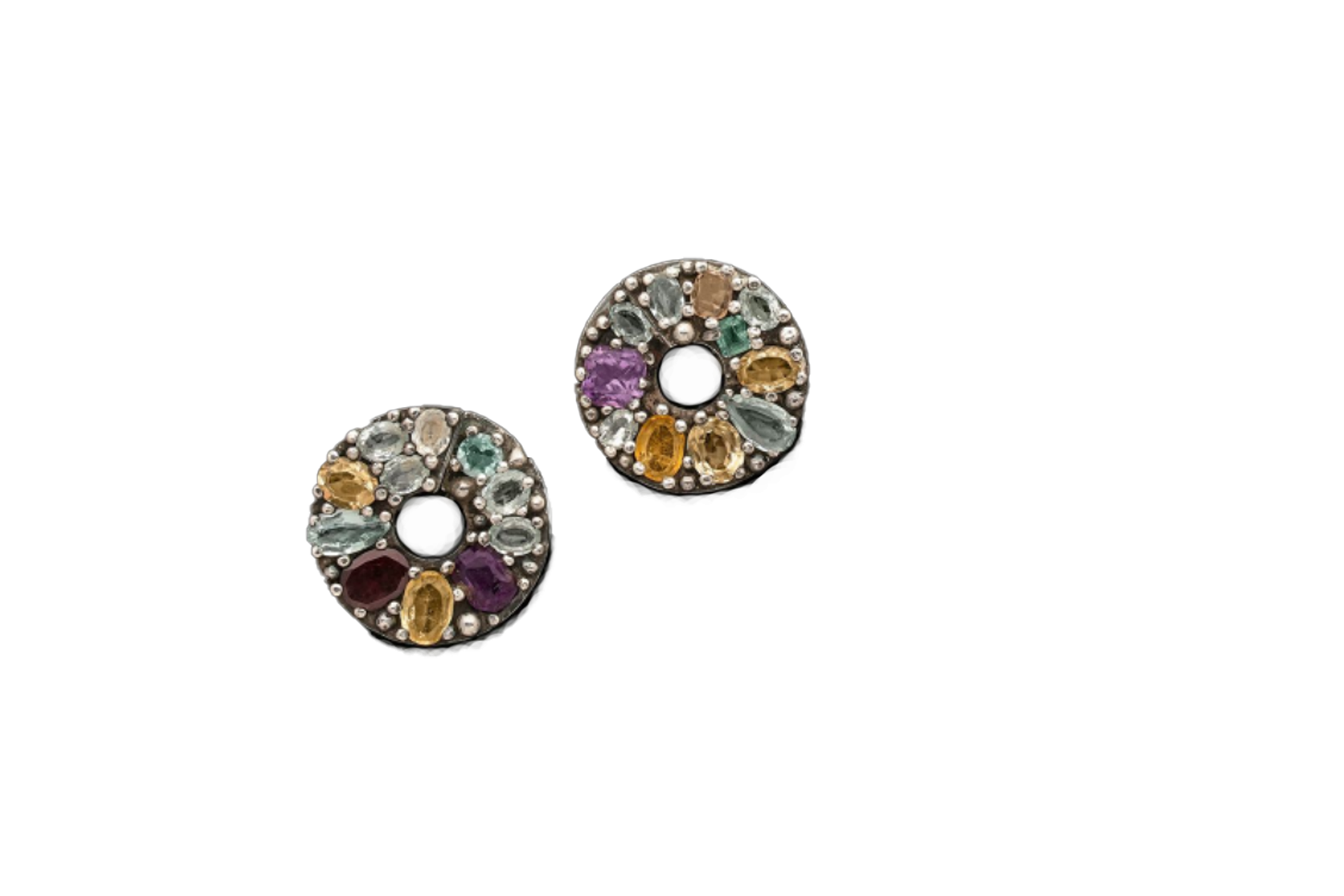 Jewel in Focus: A Pair of Silver and Multi-Gem Earrings, by René Boivin, circa 1925

Of circular design, each earring set with an array of gemstones including citrines, amethysts and aquamarines, mounted in silver, by René Boivin, circa 1925, sold November 2022, 15,500 euros (EBP)
Susan Abeles
December 30, 2022

These earrings are indeed rare and represent both a collaboration of Jeanne Boivin and Suzanne Belperron, as well as the emergence of their personal styles.

When René Boivin, master jeweler, died in 1917, he left his well-established business to his wife, Jeanne.  Although Jeanne had worked for the business, preforming administrative tasks beginning with their marriage in 1893, she had no ambition to be a jeweler, nor did she contribute artistically.  Unprepared, Jeanne struggled to keep the business alive the following three years, predominantly focusing on filling existing orders.  Fortunately, Rene had constructed, organized and trained his workshop, so they were able to continue to create and deliver a high level of beautiful jewelry, most of it traditional and reflecting the current art deco form.  For this reason, many mark the year 1921 as the start of Jeanne’s professional business.

Jeanne, came from a family which had interests in the arts and fashion, her father was a cloth merchant. Paul Poiret, Jeanne’s celebrated brother, the famous couturier, was considered to have modernized fashion – and creating the art deco silhouette. Her sisters, Nicole Groult and Germanine Bongard were designers; color, texture and shapes were an integral part of their world.  Inspirations from Middle Eastern and Asian cultures, unusual combinations of materials found their way into all Poiret creations. It is not surprising that Jeanne would find a way to express her thoughts in jewelry.  Very much like her brother, Jeanne was not interested in following fashion, but preferred to create freely; she experimented with unusual palettes and organic forms.  Perhaps it was Françoise Cailles, who best captured how Jeanne thought of jewelry - “…a jewel was an object with its own identity, reflecting the personality of the wearer”.  Jewels were meant to breathe, to live and patriciate in the life of the wearer; they should have their own identity.

The business stabilized and grew.  Jeanne began to create her jewels, tending to focus on bold designs rather than the previous traditional creations.  However, not having been trained in drawing, her designs were communicated to draughtsman, who then would pass the plans over to the workshop.  Jeanne supervised all aspects of the work; she had astute sensitivity, an artistic eye and commanded perfection.   Her sketch notes were meticulous, leaving little room for change. Concurrently, and unlike her competitors, Jeanne had been purchasing whole consignments of miscellaneous stones and other materials which were less expensive and presented a wonderful palette from which to draw. 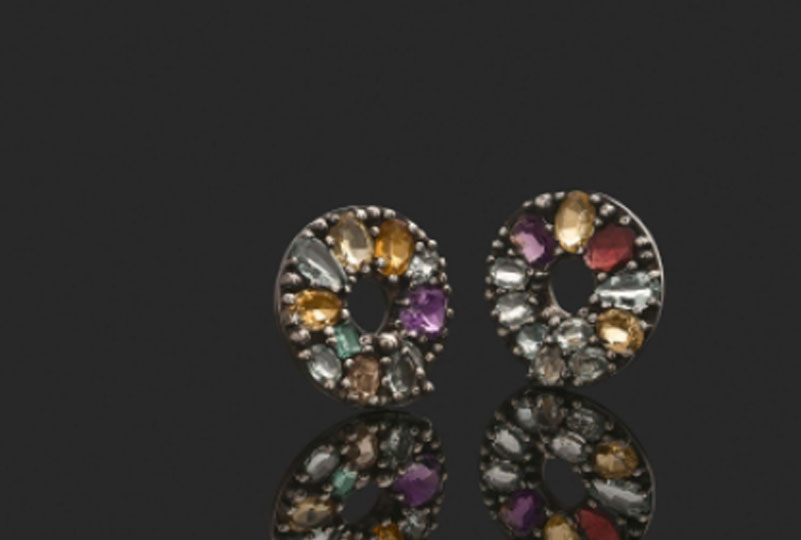 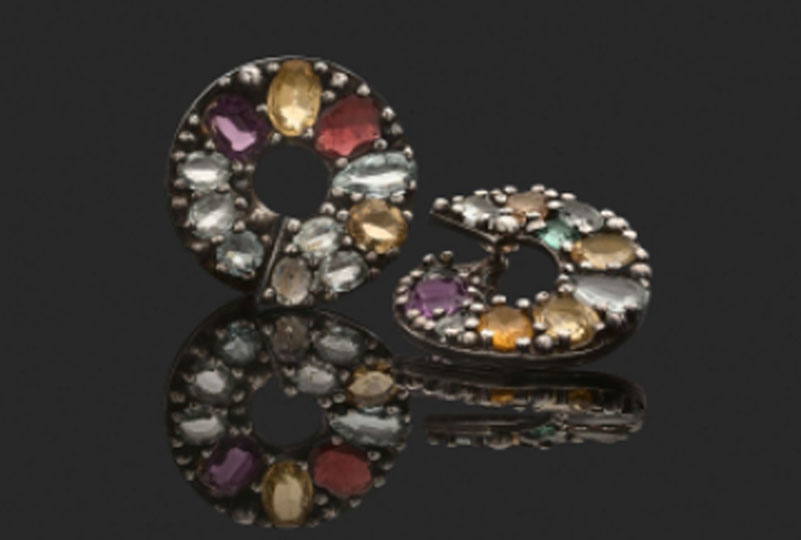 In 1919, Belperron was hired by Jeanne Boivin as a designer-draftswoman.  She was young, talented, and brought a new fresh spirit and energy to the house. In contrast to Jeanne’s shy demeanor, Suzanne had a strong personality.  Yet, both shared a love for the exotic inspirations and barbaric motifs. Under the direction of Madame Boivin and with the freedom she was afforded, Suzanne talent blossomed.  Working together for more than ten years, we see a likeness in their work, but also note a distinctive style they would call their own.  For Suzanne, it was the modern geometric sculptured forms that characterized her work. In 1932, Suzanne Belperron left to work for Bernard Herz.  The time that Jeanne and Suzanne spent together was important in both of their work. Jeanne mentored Suzanne, teaching the business, the process of transforming an idea into a jewel, and Suzanne brought her cubistic style and invigorating flare. 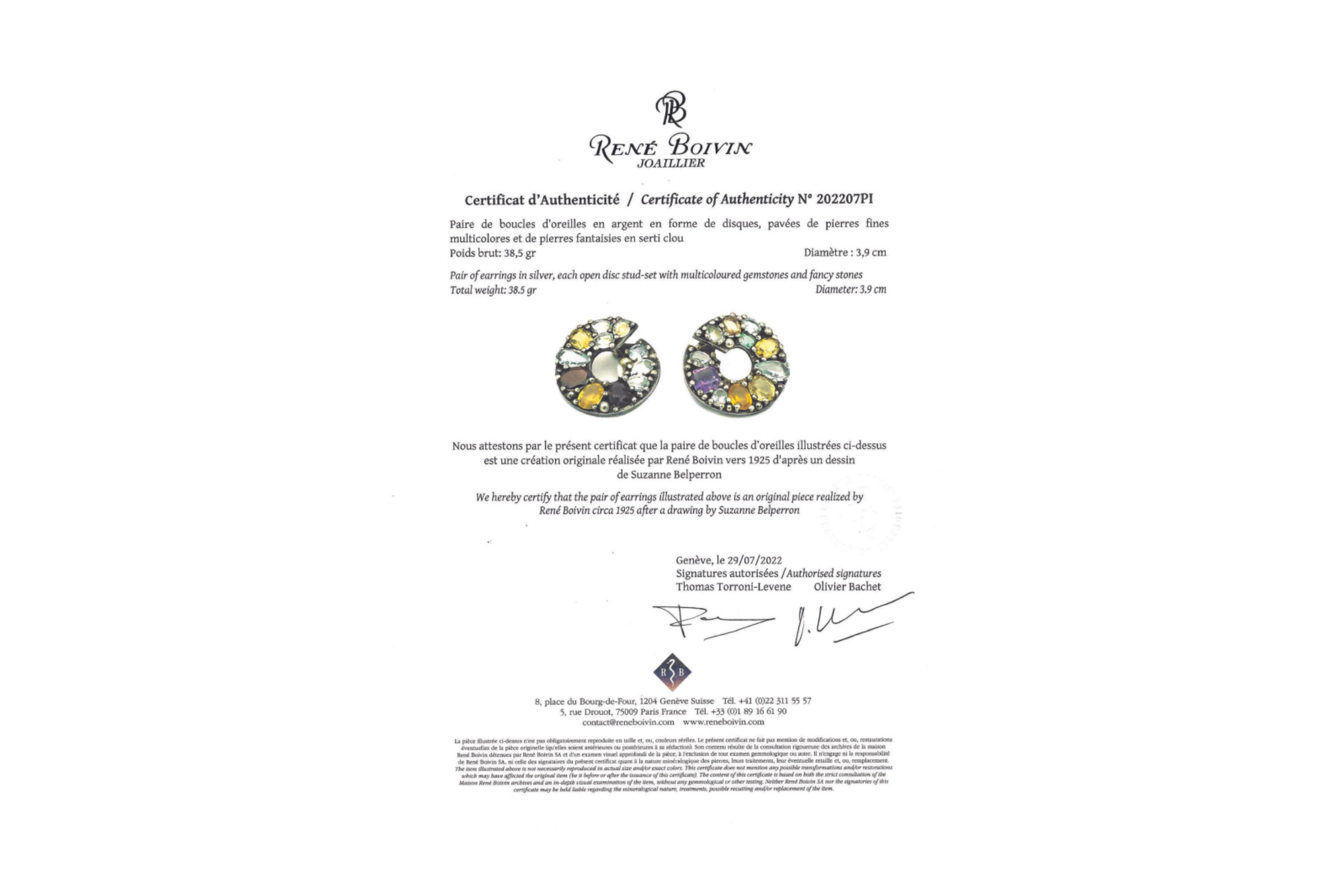 "Suzanne Belperron thus began her career as a designer and creator of jewels in the wake of the First World War; a special moment of unprecedented aesthetic experimentation in all the arts.” From Suzanne Belperron by Sylvie Raulet and Olivier Baroin, p. 22

These earrings hail from a convergence that captures the growth of two different styles.  The house of Boivin (and both designers) used untraditional materials – silver and a mélange of semiprecious gemstones – verses platinum or gold, and a soft blended earthly color palette instead of popular large colored gemstones.  The form is circular and although relatively flat, sculptural, alluding to movement, which is reminiscent of Suzanne Belperrons’ work.  Lastly, the prongs which hold the gemstones, are rough and hammered, barbaric in style, which appears to be influenced by Jeanne Boivin’s style.  These earrings are a rare and beautiful example that captures the work of two important women jewelers who dared to be different. 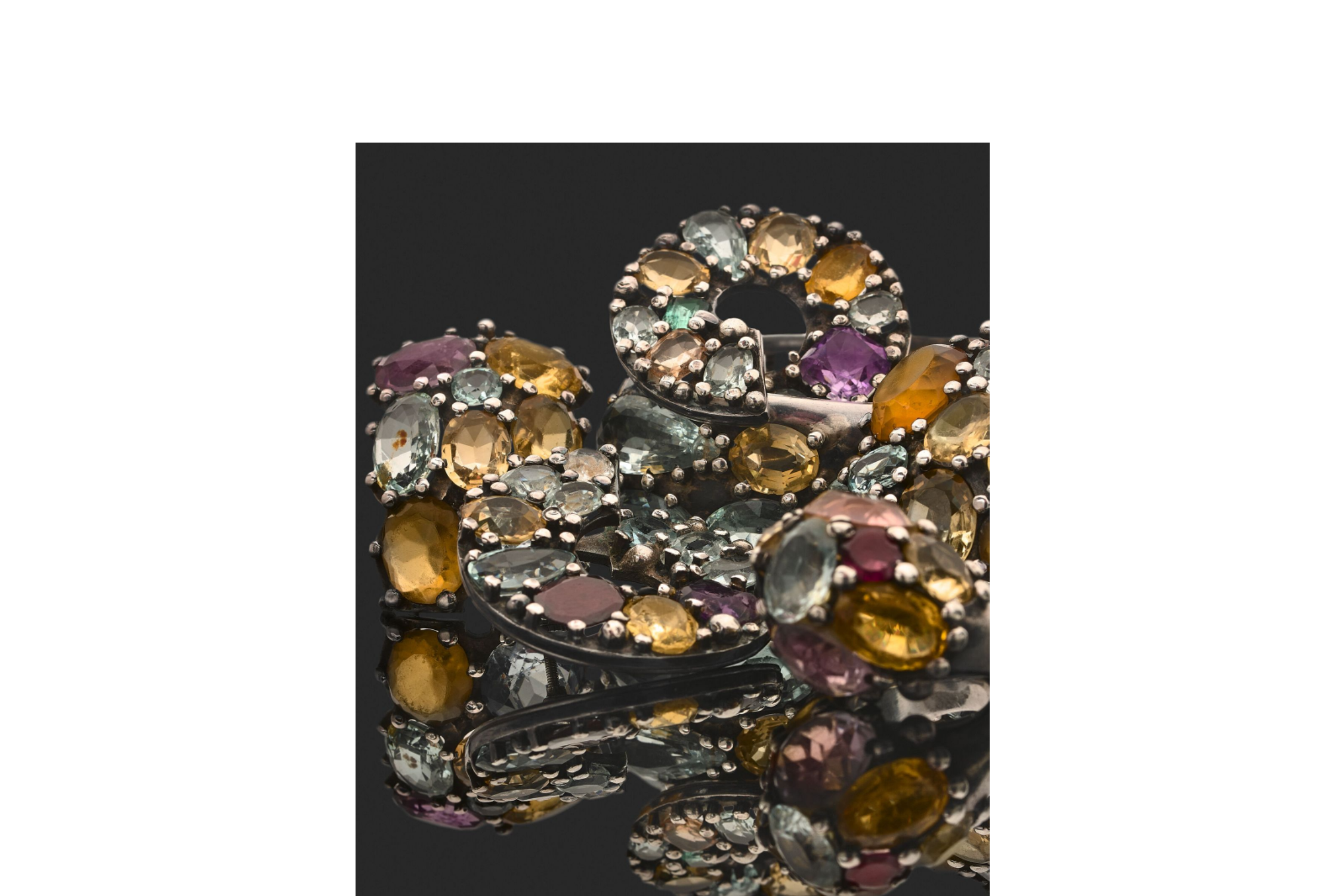