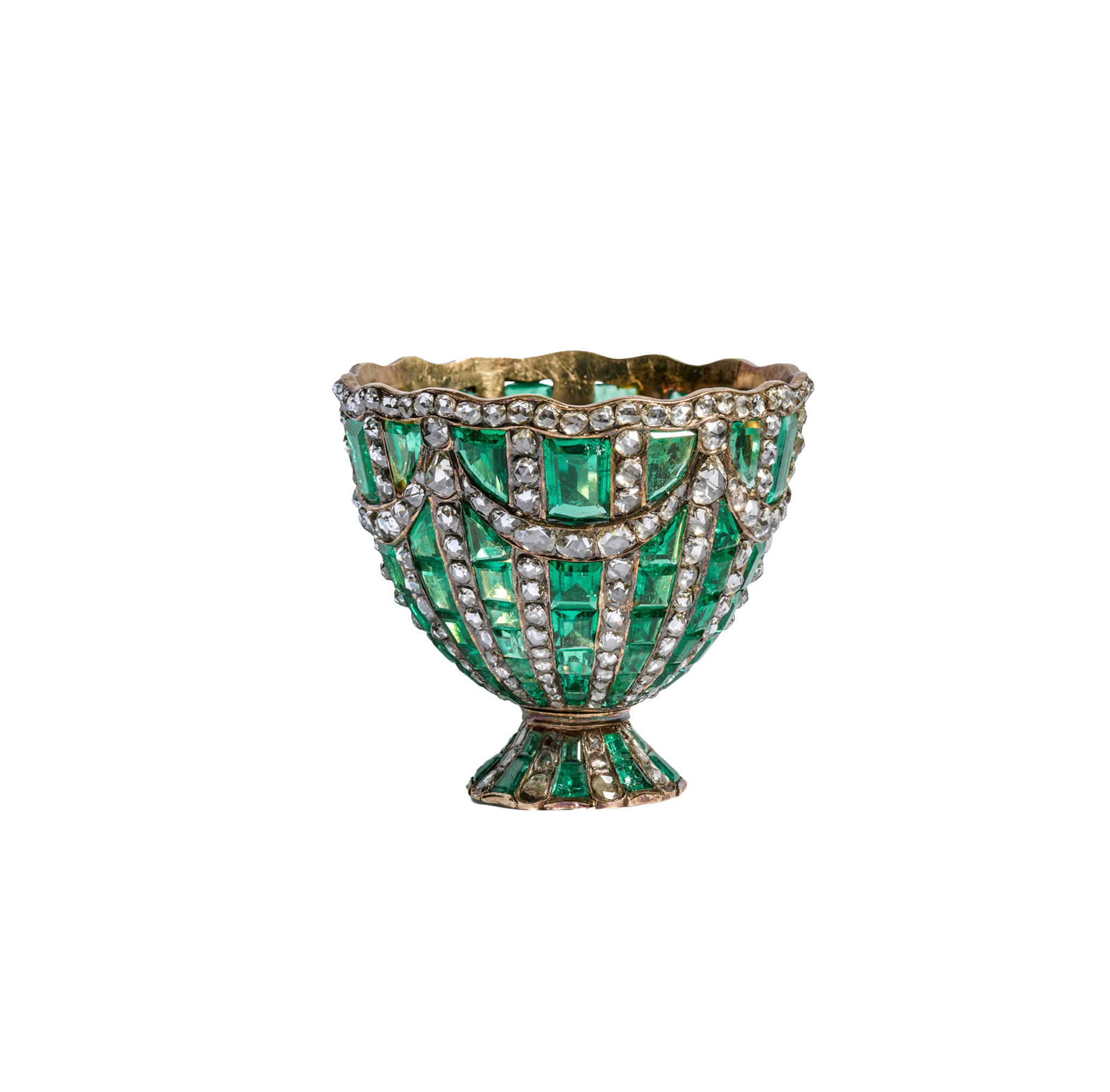 JEWEL IN FOCUS: A rare Emerald and diamond 'zarf' cup

In November 2022, this rare and exquisite emerald and diamond 'Zarf' cup achieved over $130,000 US Dollars at a regional British auction house. Susan Abeles looks closer at this bejeweled object to explore the history of the 'zarf' and why this little cup proved to be so highly coveted.
December 30, 2022

This zarf is a rare and beautiful jeweled object.  It is unusual and seldom considered alongside other jeweled bijoux that aren’t for personal adornment.  It is not a clock, or part of a desk set, such as a letter opener or inkwell, nor for that matter, it is not a parasol handle or a necessaire.  The word zarf has Arabic origins.

Typically constructed as a footed vessel or cup without handles, this diminutive form is meant to house an insert, usually porcelain, which holds hot tea or coffee, like demitasse.  Rare and important examples are created in gold, pierced, and elaborately decorated with enamel or gems, often with scalloped borders.  These beautiful cups compliment the ritual ceremony that grew to accompany the brewing, serving, and drinking of coffee. Coffee drinking originated in the Ottoman Empire and became popular with the spread of coffee throughout Europe.  Several fine examples of zarfs were designed and manufactured in Geneva and retailed in London during the mid 1800s. 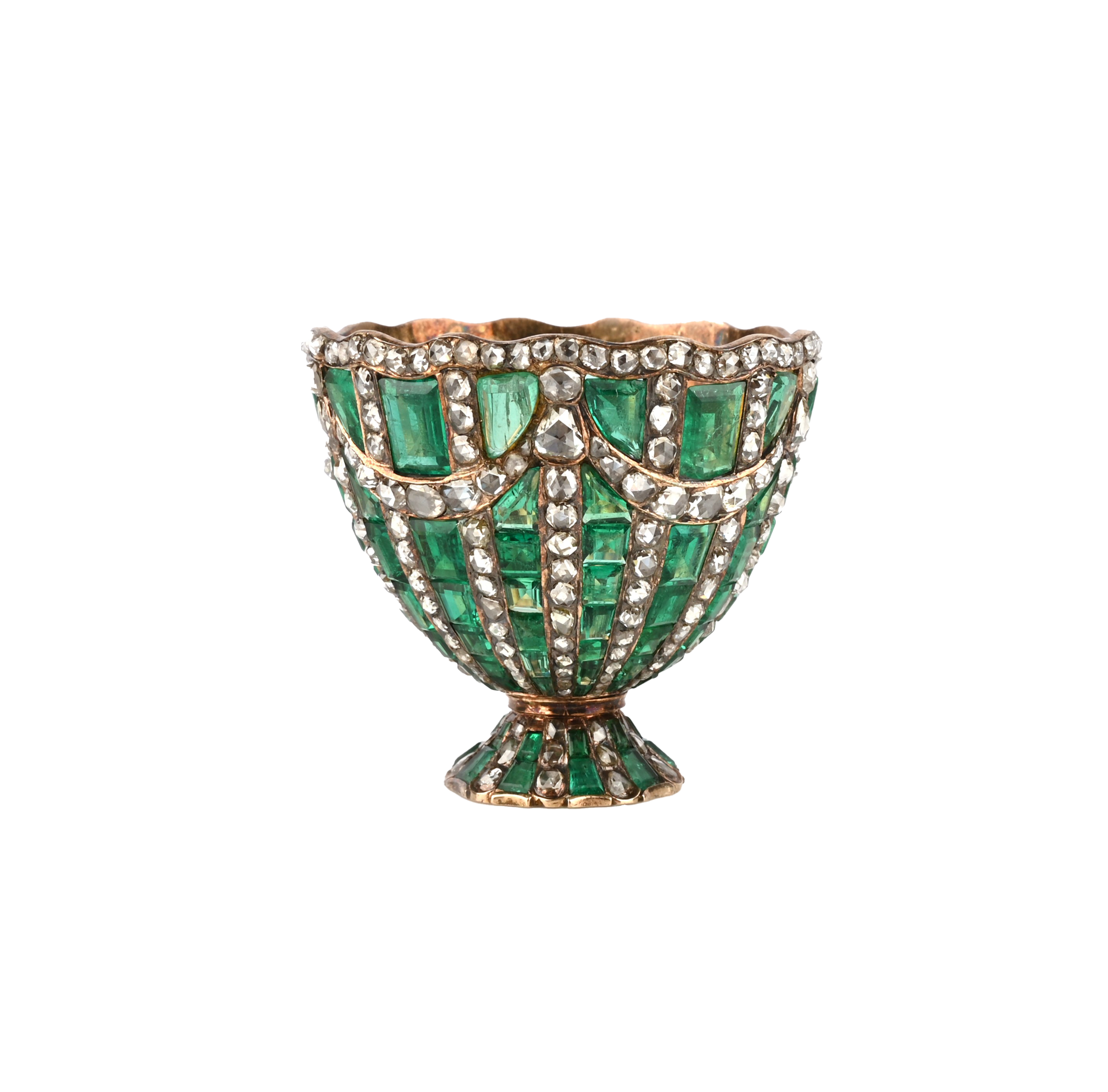 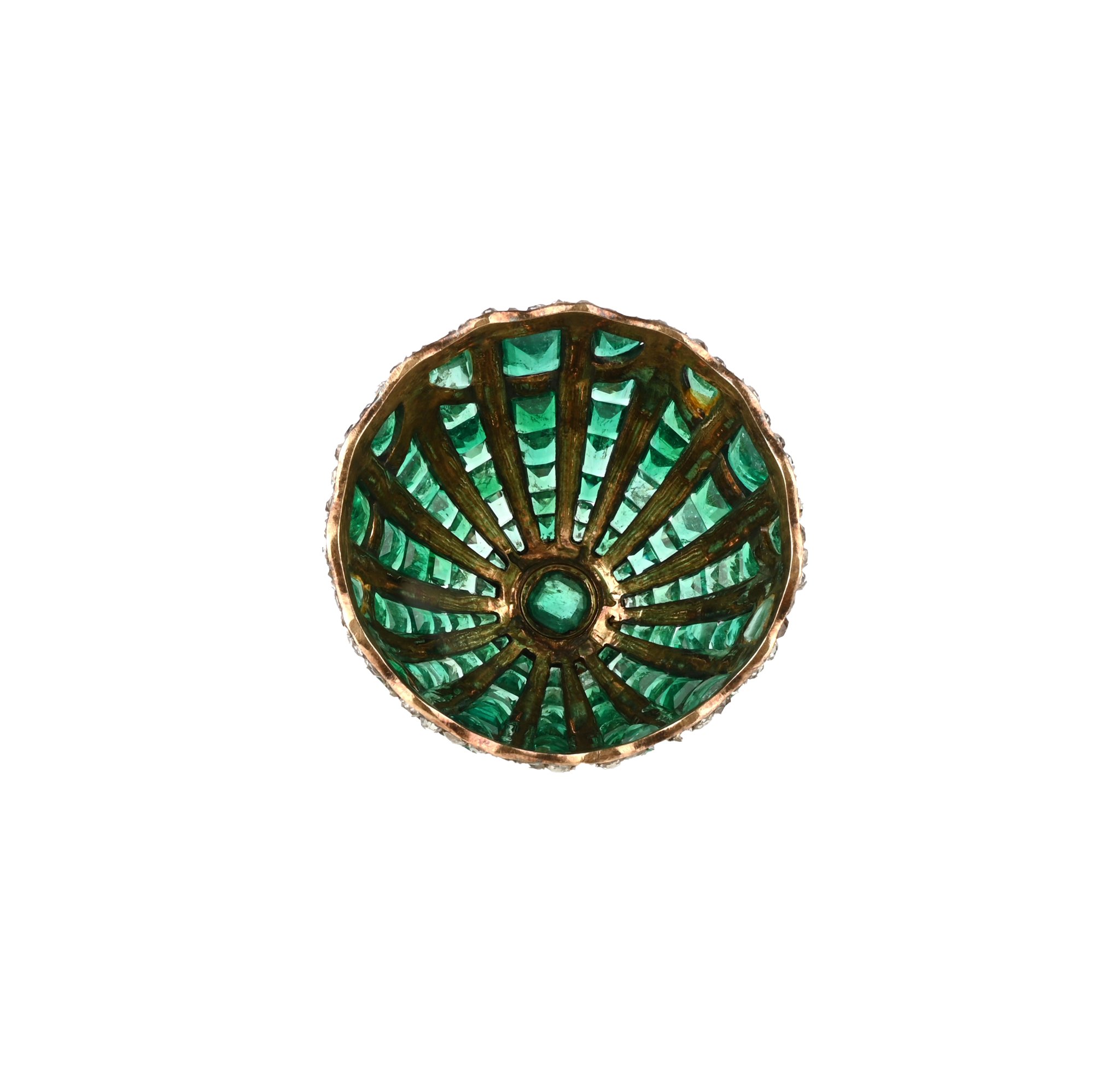 What is particularly captivating about this jewel is the elegant design and rich use of color represented by calibré-cut emeralds with rose diamond accents embellished with neo-classical swags. Although emeralds were discovered and mined in Egypt before 300 BC, most likely these emeralds are of Columbian origin, coming from the rich deposits found by the Spaniards in the New World and traded for precious metal in Europe and along the Spice Routes.  Many early fine emeralds were cut in India where the lapidaries and technology were superior.  More than their availability, one might assume that emeralds were used because of their legendary powers to provide the wearer the ability to see the future when placed under their tongue; also thought to protect against evil spells, strengthen memory, and reveal truth.  Lush green emeralds were able to soothe the eyes and symbolize spring. 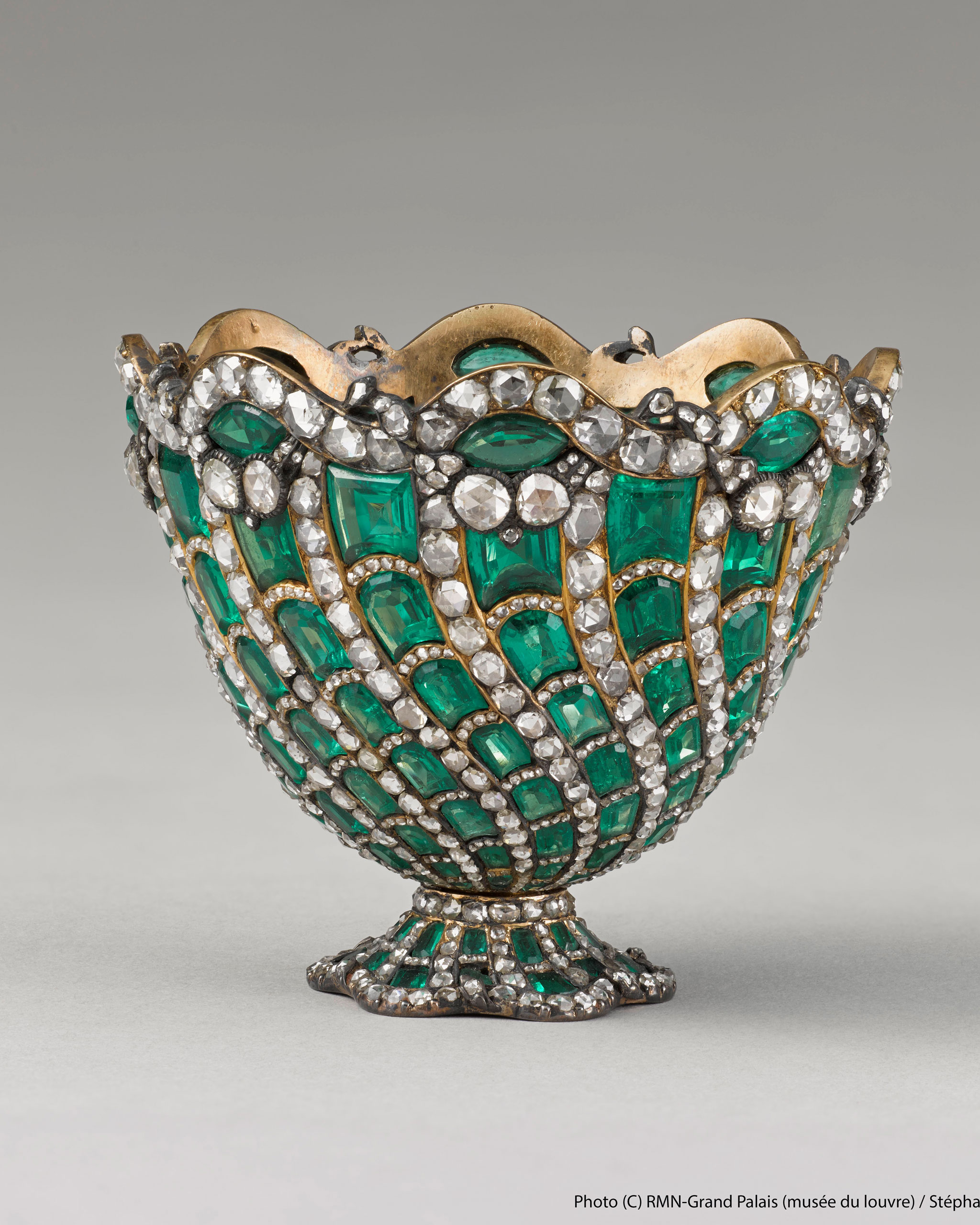 "The word 'Zarf' has Arabic origins...These beautiful cups compliment the ritual ceremony that grew to accompany the brewing, serving, and drinking of coffee."

"'What is particularly captivating about this jewel is the elegant design and rich use of color represented by calibré-cut emeralds with rose diamond accents embellished with neo-classical swags."

A similar emerald and diamond zarf is held by the Louvre in their permanent collection (pictured above and right).  Undoubtedly only a few examples of this quality were made and even fewer survive.  This zarf is a landmark, an extraordinary and unusual jewel that rivals any mystery clock or royal scepter, and not to be found in many collections.  A reminder of the distant pass when coffee wasn’t as ubiquitous and pedestrian as it has become, when it was an exotic and celebrated potion reserved for the aristocracy.